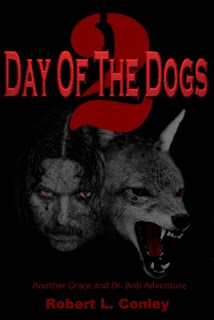 I live with two of the best Moms there are. Mother and daughter. I'm married to the mother and the daughter is my step daughter. We've had a good time over the years and I'm looking forward to many more. Our daughter has three children of her own now. Henry is the oldest and just turned four. Then there's Anna who has been termed the pterodactyl because she has a set of lungs and vocal chords that rival prehistoric animals but she's the cutest thing alive and I love her to death. She's two. Then's there's the best baby ever born and that's Gretta. She does more cooing than any baby I've ever known and she's going to be another man killer just like her sister. It's a good thing to be living so close to them.

Blog Day of the Dogs