I recently was posed a question by my dear wife. Why shouldn't we stop providing for the rest of the world and pull our ranks back to our shores and become a little more isolated and stop this funneling of every extra penny we have to everyone but ourselves?
It was a good question and one that I had to think about for a moment. I finally said; To me it's like knowing someone hated me for whatever reason and for lack of a better one let's say it's my religion. I'm not one of them so I should die. So what should I do. I have a gun and I'm in this little world of people that have nothing to do with the melee but will become collateral damage if I stay here to protect them. Should I go out and find this person that wants to kill me in his own little world or wait for him to come to me and kill him. I'm certainly on my own turf that I know better than his but still in the wind is that someone besides me will get hurt, maybe all of them. Who knows when a killer has killed me what he's going to do next.
Isolationism is good up to a point but since we know that we can be killed and will be killed by known assassins it's my thought that I should take the fight to their little world and be ever vigilant about collateral damage.
Protecting ourselves sometimes creates unsolvable problems that are best looked at in their basic forms then we can react accordingly.

Talk soon,
Bob
Posted by Robert L. Conley Author at 9:47 AM No comments: 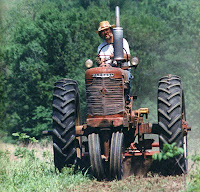 I hope everyone understands why I'm giving English Grammar lessons. First to teach myself and second with the advent of LOL and OMG I think it's about time we get our language back so that there are no misunderstandings of translation. It seems to me this causes great problems everywhere.
One of the supposed sentences that gives me chills is when someone says; "You want to go with."
How many things are wrong there! Do I want to go with who, where? Finish the damn sentence you lazy bums.
Lesson #2: This is taken from the Grammar book of Gary Lutz and Diane Stevenson.
Verbs and Tenses:
Verbs are complicated parts of speech. Their parts, forms, and attributes can be categorized and classified in many ways. At the most basic level, verb stems ( be in to be, run in to run) change -- or, are conjugated-- to match the subject in number (singular or plural) and to indicate the time (past, present, or future) when the action of the verb occurs.

Isn't that a mouthful but understandable. Thanks for taking the time to read and understand lesson #2.

Again it's been a while since I've written but I'm making a New Years resolution. Oh crap I just didn't say that did I. Well I did and I'm not going for the back space bar. I mean it and that's all I'm going to say about it because the "proof is in the pudding" as my momma used to say. God bless that woman's soul for putting up with me and all my "shenanigans" as my father used to say and I'm not going to God bless him because he didn't put up with my "shenanigans".
Hey I wanted to tell you that I just got through reading "Operation Dark Heart". The acronyms were overwhelming but I muddled through constantly going back to the legend to keep pace with where he was and kind of where I was.
A little dry for me but I understood what he was trying to say and why. Why he thinks how important the Afghanistan war is and why it's necessary that we should win the hearts of the people and keep Karzai in power from a "Spook's" point of view. It's insightful and gives a good detailed account of what goes on over there.
I'm not normally a reader of nonfiction accounts of anything but the jacket looked good and it kept my interest enough for me to wade through it. It's not a fast read but it's interesting and something we should all take an interest in. We need to each make a decision for ourselves whether in this next upcoming election whether we take on Ron Paul's isolationism and line ourselves up with the Constitution or the very right hard line of "kill the bastards" that killed almost as many in Pearl Harbor. Our friends and neighbors and loved ones.
We can also look to the middle road for someone that can serve and protect. Don't know who he or she is yet but I'll get back to you.

Talk soon,
Bob
Posted by Robert L. Conley Author at 9:48 AM No comments:

Blog Day of the Dogs